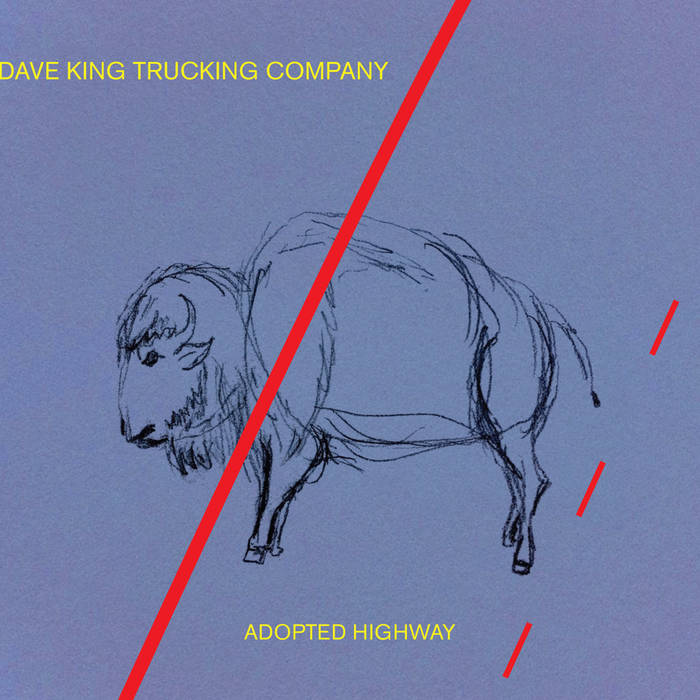 The American roots tradition has been incorporated in jazz music from the inception, many would argue that jazz is the culmination of roots music making. Blending of folk, country and gospel sounds by jazz ensembles has become more and more familiar, most notably in the work of Bill Frisell, Keith Jarrett and Ornette Coleman.

Drummer/composer Dave King has become enamored with the concept of bridging the gap between American roots music and the avant-garde. As a Midwesterner, King has also developed an affinity for the “outsider.” In the arts particularly, the romanticized notion of the great innovator who created outstanding work without fanfare because of regional displacement has become gospel to wide audiences.

There you have the two defining elements of the Dave King Trucking Company band. King has used The Trucking Company as a palette for mixing both musical styles and superior musical talents not of the mainstream. As a matter of fact, the ensemble could be seen as the poster child for bands revolting against the “academic” lean of mainstream jazz, preferring a slant toward the corporeal.

The Trucking Company’s new recording Adopted Highway was recorded with earthy intentions. The ensemble, featuring guitarist Erik Fratzke, bassist Adam Linz along with saxophonists Chris Speed and Brandon Wozniak, recorded onto two-inch tape providing a warm analog sound (the release will also be available on limited edition vinyl) along with the immediacy of only being able to do one or two takes per tune.

Since their inception and first recording, Good Old Light (2011), King and Co. have performed regularly, including a tour of Europe. They have developed the air of a working band, a concept that has been an especially important ethos for the Midwestern musician. All the members of the ensemble, apart from the Seattle bred Speed, grew up in the wide open spaces, open highways and close to small town life in Minnesota, Wisconsin or North Dakota.

King has become a well-known figure in a number of fantastic ensembles ranging from rock to jazz, including the Bad Plus, Happy Apple and Halloween, Alaska. The ensemble was assembled intentionally with the idea of putting together musicians who were “a little rough around the edges.”

King enlisted his long time Happy Apple associate Erik Fratzke to play his no nonsense, no effect pedal JC Penney Skylark guitar. Bassist Adam Linz has been an important piece of the Minneapolis jazz and improv scene, most notably for his work with Fat Kid Wednesday. Another hidden Minneapolis gem, Brandon Wozniak, has developed into a tenor player of power and finesse. Finally, Brooklyn based Chris Speed has provided the perfect foil to Wozniak with his warm, Lester Young inspired tenor sound.

It was the leader’s intention to put together an ensemble of such idiosyncratic players to perform this music. King wanted musicians who fit into an honest group esthetic, guys who weren’t afraid to play in any style, from the minimal, to country shuffle, to mid tempo swing or all out free. He found musicians who could be both vulnerable and visceral and understand a feeling immediately, like playing a “Baltimore strip club blues” à la “Bronsonesque.”

The recording begins with King’s “I Will Live Next to the Wrecking Yard,” a complex tune that only a well in tune group could pull off, which asks the musicians to anticipate and place each phrase before its “proper place” thus creating a wide beat with independent chordal and melodic rhythms. Written for his fraternal twin roomies in a Fayetteville, North Carolina trailer park stay (long story….), King’s “Dolly Jo and Ben Jay” is greasy and real like the tuneful compositions of Ornette Coleman, featuring a moving duo between longtime pals King and Speed.

The rocking intensity and chordal dexterity of King’s “Ice Princess” is written in homage to dedicated female hockey groupies, well known in the Co.’s neck of the woods, while the avant-garde sounds of Linz’s “Do You Live In a Star City?” swell and decay in query. The straight up rootsiness of “When In North Dakota” paint images of King’s youth visiting his family in North Dakota, sounding like, in King’s words, “canned Schlitz in music.”

Inspired by e.e. cummings, “This Is a Non-Lecture” is a piece with minimalist contemporary classical influence and features an amazing Fratzke guitar solo with enough of drone and controlled feedback to make Glenn Branca proud. Fratzke’s “Bronsonesque,” appropriately enough, is a tough guy blues introduced by the deft touch of Linz leading into a woozily, brusque piece.

With the Trucking Company, King wanted to make music that referenced where he came from cinematically but with a balance of sophistication and down home rusticity. On Adopted Highway, he hoped to find the aural equivalent of the handlebar moustache, turquoise jewelry wearing good ole boy meeting the bleak, motorik minimalism of Krautrock’s Autobahn.