For Those About To Jazz​/​Rock We Salute You 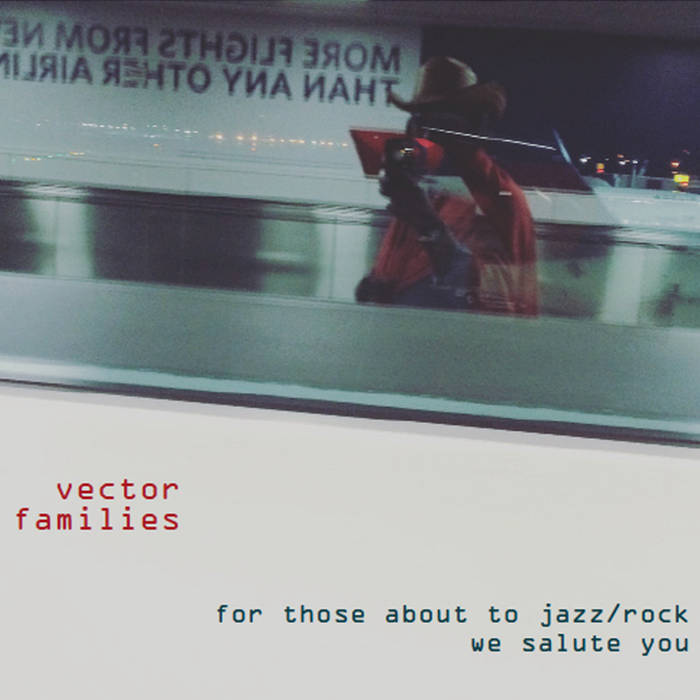 The diverse Minneapolis/St. Paul music scene has spawned an incredible array of brilliant musicians. Like many smaller markets, the Twin Cities seem to breed multi-dimensional musicians who are versed in many styles and are willing to try anything. Vector Families is a perfect example of this ethos, as three generations of forward thinking musicians have converged to deliver For Those About to Jazz/Rock, We Salute You.

Drummer/composer Dave King is no stranger to the world of collaboration and eclecticism. From the Bad Plus to Happy Apple and the Dave King Trucking Company, King has been essential to the crossover of improvisational music and American popular music, especially rock and pop. It is no surprise that his most recent endeavor continues this process.

In 1996, King and his wife moved back to the Twin Cities from Los Angeles for what was to be a short stay and regroup before heading to New York. While attending a performance in a local club, King was happily surprised to see bassist Anthony Cox on the bandstand. Cox had recently returned to the Midwest from a fruitful stretch in New York where he played with such luminaries as Geri Allen, Marty Ehrlich and John Scofield. This began a musical bond between Cox and King that has lasted 20 years.

Cox was an obvious choice for any project and a chance to record with him would be special and long overdue. But so would working with the polymath and guitar genius Dean Granros, a Minneapolis creative music legend who has experimented in jazz, psychedelic rock and new music. His band Kamanari, which featured former Weather Report drummer Eric Kamau Gravatt, was a tremendous influence on a particular generation of Minneapolis jazz musicians, including King, Reid Anderson and Craig Taborn.

The Vector Families lineup is completed by the fantastic saxophonist Brandon Wozniak. Wozniak comes from a more straight ahead jazz background but his penchant for melodic improvisations, supportive listening and controlled statements balance the more out and out experimental tendencies of Granros and King.

So what does Vector Families sound like? The title of their eponymous debut recording provides a hint but doesn’t necessarily cover it. King likens their sound to Ornette Coleman’s Prime Time meets Bad Brains with a bit of Pere Ubu post rock thrown in for good measure.

For King, it was a dream to get this group together and their work paid off as they began to play more and more regularly, including at the 2016 Winter Jazz Fest in New York City (the only time Granros has performed in the City) where Vector Families received high praise from the New York Times and others. So it was only natural that Vector Families got into the studio.

The band went in without a plan, totally relying on their identity as an improvising ensemble. For Those… became more than a document of the band, it became the most cohesive performance the band had done. The intensity of the session hits hard and really gives a perfect example of what the band sounds like, an unpredictable and hard hitting musical force

The recording begins with the off-kilter “Free Funk,” a mid-paced jam that ramps up into some ferocious skronk. Cox shows off his cello chops on the appropriately titled “Duetz Duetz,” which features different members of the ensemble trading spots in featured duets, beginning with Cox and Granros then Granros and Wozniak and, finally, Wozniak and King. Ellington’s “Satin Doll” gets an outlandish treatment with Granros playing piano phrases via a Guitar Band video game controller. “10,000 Year Old Rotary Club” begins subtly enough but then lifts off into levels of intensity the band couldn’t have expected. Ornette Coleman’s “Dee Dee” is as wonderfully unpredictable as its author, while the closer, “African Dictaphone,” is a varied mashup of styles and textures.

Vector Families is an incredible display of dynamism in music. Four incredibly diverse and esteemed musicians coming together to knock down walls and flay ears. For Those About to Jazz/Rock, We Salute You is a perfect soundtrack for weightlifting, headbanging or quiet contemplation while purifying yourself in the waters of Lake Minnetonka.